About Me (And You)

Two years ago I was in a wheelchair, bedridden for months and the doctors couldn't help. 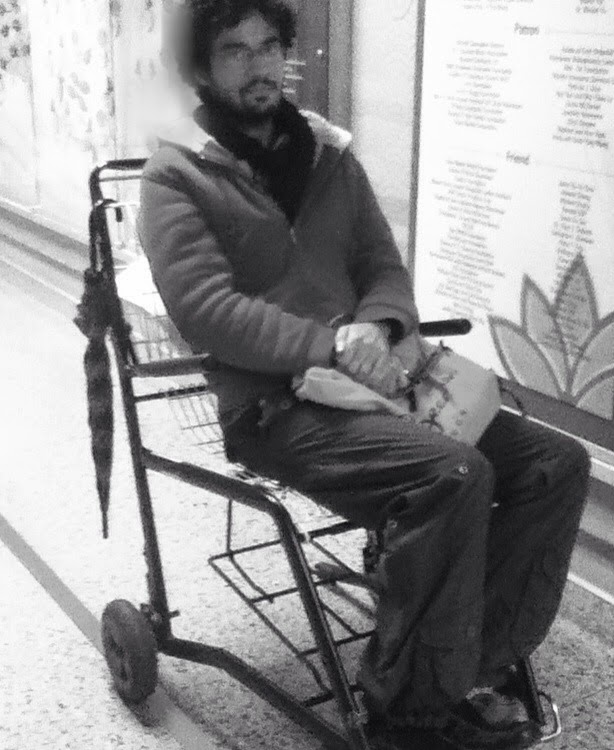 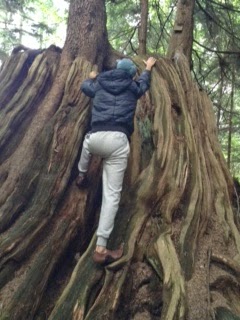 All I did was avoid toxins and my body did the rest. No surgery, and no medication. It seems hard to believe sometimes. Unfortunately, I still have a stomach tumour, and mercury toxicity. However, a recent CT scan showed that the tumour stopped growing, and the stomach distension has improved.  I knew I was onto something.


"What causes cancer?" ...I asked my doctors four years ago. 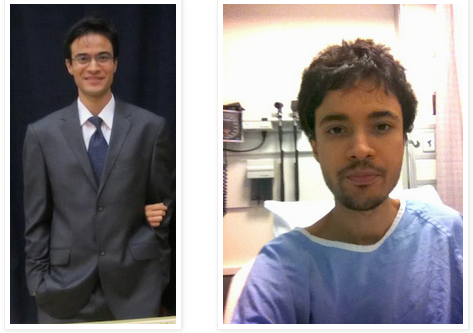 ..."We don't know." they responded. I felt frustrated. I lost my health. My friends. My work. So I spent 4 years consulting 28+ experts from Harvard to Mayo Clinic.

I learned that 90% of cancers are caused by "environmental factors", such as diet, lifestyle, exercise, pollution and only 5-10% genetics.

I think most of us stop asking questions there. We simply eat organic, exercise, and avoid toxins.

But I wasn't satisfied. I decided to ask the next logical question: Why is our food unhealthy?

Why is our air polluted, and our lifestyle unhealthy?

Why are babies born with over 200 harmful chemicals, such as plastic?
Why are millions marching against GMO foods?
Why do people start smoking in the first place?

I kept asking a few levels down....

It was Nobel Economist who finally explained the underlying factor: Trading money.

Here's what I learned: 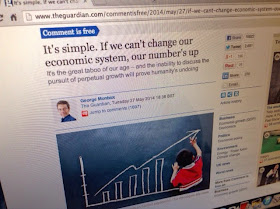 But here's what shocked me the most:  Even the wealthiest suffer! 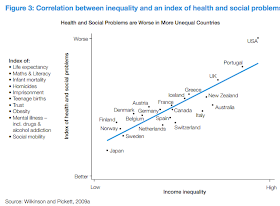 How the wealthy suffer from inequality: “Men in low-skilled occupations in Sweden have lower mortality rates than those in professional classes in England and Wales (Wilkinson and Pickett, 2009a: 183) and that infant mortality in Sweden was lower among ‘lower-class’ parents than it was among higher-class parents in the UK.”

And income inequality is only one factor of how our economy affects our health. There are many layers to the onion.


Here's another layer of the onion:


Cancer is good for our health care market economy because it's a $216.6 billion industry expected to soar by 70% over the next 20 years. Nonprofit hospitals treating cancers make enough profit to pay their CEOs over $1 million.

If we cure cancer, there's no more industry. Your shares will be worth nothing.

Can we cure cancer if it increases our retirement portfolio? That's unlikely. The burden of cancer costs is on us the taxpayers, and the profit goes to a minority of shareholders, that's also us. What if instead of 'walking for the cure', we fight against the cause?

Did someone lie to my business mentors?


As an entrepreneur, I was taught to value innovation, technology and of course, profits. There's this saying: "The amount of money you make is in direct proportion of the value you create in this world".  It's not. Drugs, tobacco, pollution, oil spills, and even cancer and some technology (nuclear warfare) is very profitable but create negative value to society.

Of course, it's easy to judge 'harmful products' such as tobacco and claim our product or service is different. But remember, these people had to justify selling them.

Here's how a company justified making over $200 million by polluting Indonesia with lead: "There was an economic imperative for Indonesia", they said. The polluters saw themselves as saviours for the poor Indonesians. The Judge didn't accept their defence and found them guilty. The lesson is we all have an infinite capacity for self-deception. We shouldn't confuse economic activity with value. This myth is conveniently self-serving to justify status and wealth accumulation.

But what about you and I? How are we deceiving ourselves?

I became convinced: We're all connected. Whenever I buy and sell anything, I'm indirectly destroying your health, and my own.

So what's the solution to our global health crisis? Where are the world's healthiest places with the lowest cancer rates?...

In the New York Times, I learned about Ikaria Greece, "The island where people forget to die", one of the highest concentration of centenarians in the world, where people rarely trade and 40% are unemployed. They simply share with each other.

In fact, in the 5 communities with the highest concentration of centenarians, such as Okinawa Japan, Sardinia Italy, or Costa Rica -- we find the same surprising fact: unemployment is very high. 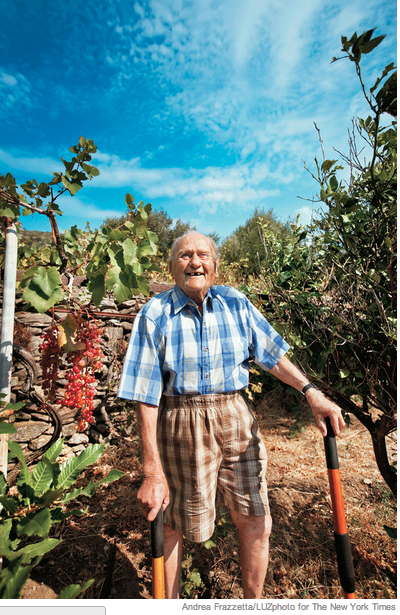 It wasn't the only one.


The world's healthiest places with the highest concentration of centenarians such as Okinawa Japan, Sardinia Italy all have high unemployment rates, are isolated from the market economy and enjoy what's called a "gift economy"; they simply share the surplus with others, which leads to an increase sense of community belonging and better overall health.

Some people went to an extreme, to make a point. I got in touch with Mark Boyle, an economist from the UK, who has lived without money since 2008 and he says:

“Ironically, I have found this year to be the happiest of my life. I’ve more friends in my community than ever, I haven’t been ill since I began, and I’ve never been fitter. I’ve found that friendship, not money, is real security. That most western poverty is spiritual, and that independence is really interdependent.”


In 5000 BC, there was no money or even trade. Humans never traded, "except with strangers and enemies."  We used a gift economy and simply did what was natural; sharing with each other.

In fact, we still do that today. We don't trade or barter with our family; that is not socially acceptable. Your mother would never make you pay to cook a meal for you, neither will your friend. But somehow, it is acceptable with strangers and enemies. And that is the problem. Trade separates us; we have all become strangers, and created an illusion of separation and disconnectedness from each other, our neighbours, our communities, and our environment.

That leads to loneliness, unethical behaviour, a lack of connection with others, and results in disease.

The gift economy: It's a movement all over the world. 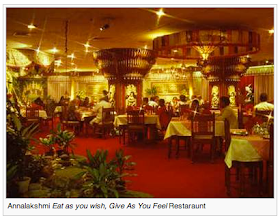 Some businesses adopted a disruptive business model: a gift economy business. "We actually make more money using this model. People will surprise you." they say.

I was very surprised. Unfortunately I couldn't find a gift economy group in Vancouver.

So I decided to create a gift economy Facebook group in Vancouver and within 15 min, there are now 166 members.

The description of the group:


"You've been looking for a way to step out of the capitalist system and in to a new experience, new to us but not to humanity. This is a place for you to give and receive freely.  Since March of 2012, communities like Portland have been sharing bikes, clothing, skills, friendship, food, and more. They've grown to over 1,200 members in 2014. We'd like to duplicate this in Vancouver BC Canada. This is a place where everyone is truly welcome, there is however no selling, buying or trading that happens in this group. People do give and receive money at times though, to pay bills that can't otherwise be gifted directly. Enjoy, connect and engage with the local Vancouver BC community.


And someone at a clinic donated a 1000sq feet space for us to meet!

Three days later, we have given:

I'm blown away. It's not just an idea anymore, it's real.

This won't cure cancer. But it may well prevent the true cause of cancer, pollution, and loneliness: disconnection from each other through trade.

So what's next? I'm on a mission to end the cause of 90% of cancers -- which are driven by our unsustainable economy.

My goal is to transition all my basic needs (housing, food, transportation) from a market economy, to a gift economy. And I invite you to do the same.

I'm uncomfortable sharing this, but for the sake of transparency, I have given away over $10,000 ranging from free housing/rent to the next tenants, to food, electronics, vacation trips, and educational material to anyone in need -- often anonymously and without expecting anything in return. (Although I have learned later anonymity doesn't create community.)

I shared my goal publicly on this blog post. Two days later, someone read my blog, and wanted to give me free housing but they recently sold their house.

So instead, they gave me a free car. 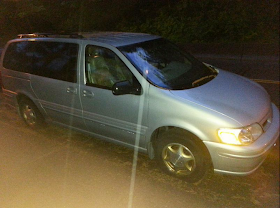 The media was interested and a reporter from the Vancouver Sun interviewed us.


That's what the gift economy is about. I would like to invite you to experience this yourself.

Want to keep in touch? Sign up to the gifteconomy.ca website (it's public domain and belongs to you & the commons) so I can keep you posted. We'd love to hear from you so feel free to leave a comment and share your experiences.

P.S: We rarely if ever trade with people we love, only strangers and enemies. Why do this to each other? This disconnection led to our global crises, isolation to each other, and to our environment.

Q: Is this only for the poor?
A: No.  A gift economy has nothing to do with affordability. Ironically, it's the wealthiest of us who actually need to experience the gift economy the most because it's about removing transactions in order to build community and improve our overall health. There are gift economy groups for doctors, lawyers, entrepreneurs, schools, faith groups, etc.